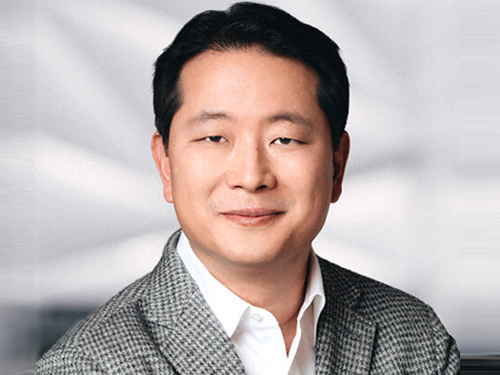 Just over a decade ago, Richard Park, MD, started CityMD on the idea that there was a need for a better patient-provider experience in the urgent care space in New York City.

Anyone who has spent any amount of time in the Big Apple knows that Park’s CityMD has become a massive success, growing to more than 100 locations across the metro area. In 2017, he sold the company for $600 million to a private equity firm, Warburg Pincus. Most recently, it was merged with another Warburg property, Summit Medical Group under the corporate title, Summit Health.

As for Park, he didn’t sit back and take a victory lap. In 2019, he started a private equity firm of his own, Ascend Partners. Through that company, he rolled out his latest venture, Rendr. The primary care group is an opportunity for the entrepreneur to give back to the Asian American communities within the city. The concept started when a group of Asian physicians in NYC wanted to start an independent physician association (IPA) and went to him for advice.

“I told them that IPAs were better than no having organization at all…but what would be better than an IPA is if they became a single practice. A single family. If these 80 providers across 18 separate providers could find it in themselves to submit to one other and become a single family that would allow for greater standardization and complete alignment. Alignment is really important,” Park said.

Two years later, Rendr is in 34 locations with 80 providers serving nearly 100,000 patients. Park recently spoke with Health Evolution about the challenges that Asian American patients and providers face, his goals for Rendr, how standardization and scalability can improve patient care, and more. Below are excerpts from this conversation.

What kind of challenges have you see in terms of health care for the Asian American population, in New York City and beyond?

When I was the CEO of CityMD, we had Asian and non-Asian interns. Often times, non-Asian interns would kind of just barge in my door and say, “Hey Rich.” They were very comfortable and very casual. I envied that. The Asian interns would never make eye contact, never came into my office and were too intimidated to even make conversation. I would ask the same Asian intern during a job interview, “What are your demands? What are your requirements?” They’d often say something to the effect of, “Whatever you want. What do you think?” Wrong answer. The non-Asian counterparts would ask for like $200,000 right out of college. They’d want a corner office.

I often tell that story to our providers and even some of our payers. You have this dedicated group of providers who have worked seven days per week for decades. They provide incredible access and care for their patients. They keep their medical loss ratio costs so low. And yet when they deal with payers, it’s the same mentality, “What do you think?” Self-advocacy is so important. One of the opportunities here is to get these providers to advocate for themselves. Not in an arrogant way, but so they have a rightful place at the table.

The other thing is that any provider, not just Asian providers but any provider, caring for Medicare/Medicaid patients tend to be underinvested, under-standardized and under-powered to take on the needs of government-powered coordinated care. People want to make things more complex. They want to add on AI, telemedicine, and all of this other stuff. The bigger challenge for many providers is to replace Windows 95 on their computers. They are supposed to have all this sophistication in managing government-payer patients, but the truth is a lot of them still have Windows 95 in their offices. We are not even on the right planet or even on the same universe. You have to strip down to the basic, fundamental, industrial operational needs before you can handle value-based care. Rendr is about self-advocacy and it’s about creating the fundamental business to grow in a value-based world. The payers need someone who can catch their fastball, especially in the Medicare and Medicaid world.

We can’t wait for someone to solve problems in our communities. We have to fix it. Let’s do it ourselves. It takes self-responsibility and advocacy.

What should health care executives understand about the challenges of this community that many likely do not?

Patients who are on Medicare and Medicaid in ethnic communities are serviced by cabals of ethnic physicians for obvious reasons, such as language. And these physicians tend to have been ignored and not paid attention to throughout their careers. This world needs basic systems that allow them to repeatedly scale with predictable results. Instead, we pour billions into things that add more weight on the top of the health system without reinforcing the bottom.

What kinds of goals do you have for Rendr?

At CityMD, we punched way above our weight class. At Rendr, we’re a little more thoughtful. A short-term goal is rendering world-class care for hardworking immigrants. How do we do that? Unity and alignment from our providers and payers on very clear metrics and goals. We do that by investing in the fundamentals and making our practices repeatable, scalable and predictable.

We excelled in getting patients in the door at CityMD because we got 650 physicians to focus on net promoter scores and decreased wait time. We did that by standardizing practices across 3,000 employees and 650 doctors. So how do you take that approach to standardizing workflow, metrics and systems and bring it to the primary care world, particularly with Medicare and Medicaid patients? I think payer and government partners in general, at least on the East Coast, have not found a provider system that can scale that way because of under-invested infrastructure. We’re looking for standardization so all providers and payers can move together. Short term, we don’t have a budget. Our goal this year is to get to 4.5 quality stars across all our payers. If you achieve that, it underscores the standardization of workflow and systems that you’ve put in place. We believe systems work. Standardization works. You make everyone better. Every time a doctor joins us, we can improve their performance and deliver better patient care to this community.

Will Rendr primarily be based in NYC like CityMD or are their plans to go beyond?

We’re sticking with the New York metro area. It was the same philosophy at CityMD. Make it work here. Multi-site, multi-state…I get it. The IPO story is fantastic. Our goal is to make world class care for working class immigrants here in New York. Maybe in 10 years, someone can take it to another state. There’s so much to do. Let’s focus on getting better here.

What are some of the biggest challenges you have already faced in launching this venture and that you anticipate will be continuous?

Doctors resist standardization. If you’re not standardized, you can’t scale. Getting doctors to decrease variance and become more standardized. That’s the challenge of health care. It’s a methodology and a mindset. It doesn’t have to do with technology tools. The biggest challenge is finding leadership to get doctors to work together. That is a hard find. You have to do it. How do you get doctors to standardize? It’s necessary, but for them, it’s painful and they resist. It takes time.

What can health care leaders do now to address the problems plaguing Asian American communities?

Every culture has their own challenges, and they have enough challenges for themselves. Yes, we all have to help each other, but there is a component of responsibility and self-determination. Each culture has to put their part in for the greater good. With that being said, self–advocacy is important. Solve your own problems. Everyone has their own problems. Don’t wait for someone to solve your problems. Rendr is an expression of that. We can’t wait for someone to solve problems in our communities. We have to fix it. Let’s do it ourselves. It takes self-responsibility and advocacy. 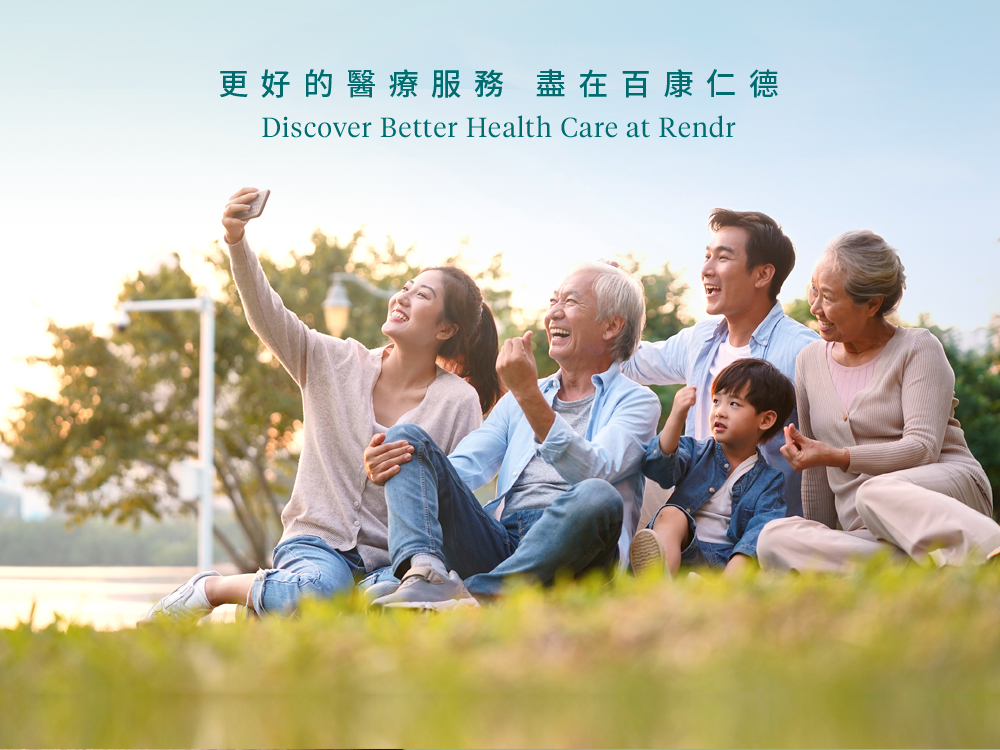 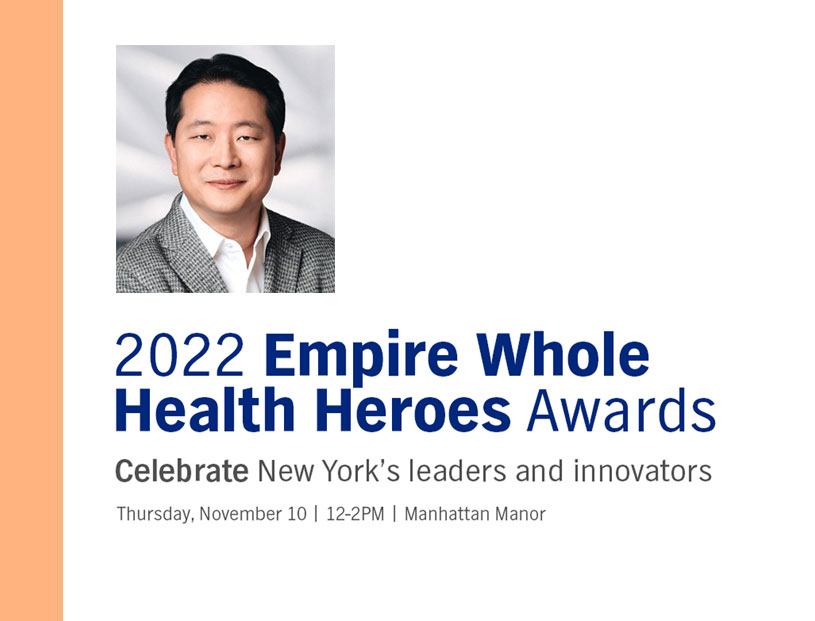 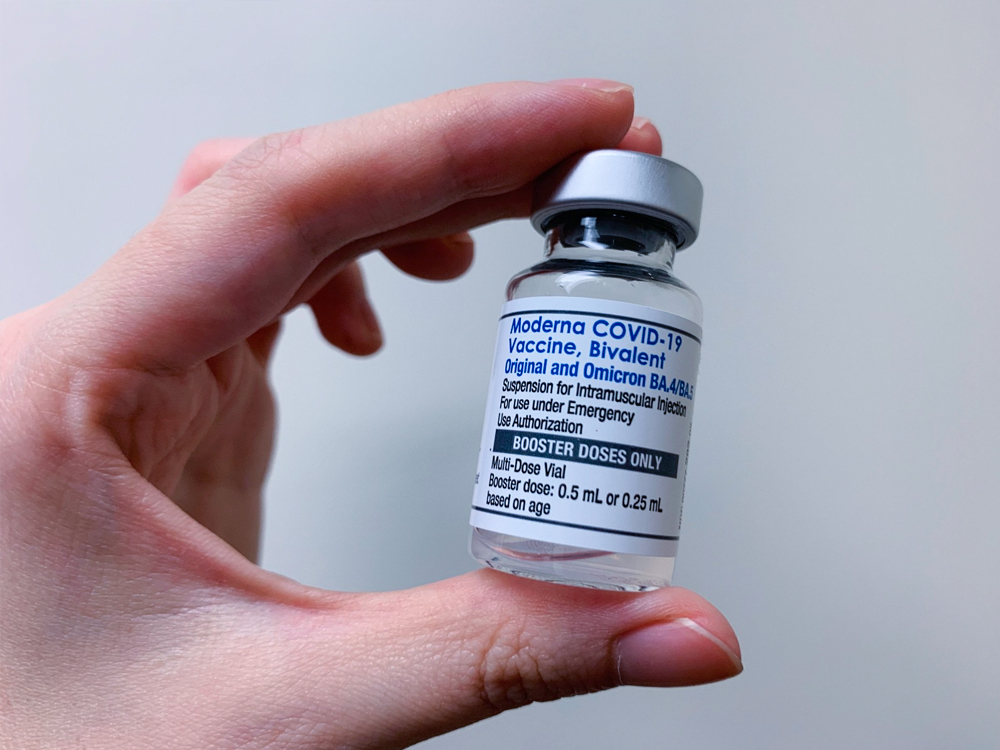 News New COVID Boosters: What to know about the bivalent vaccines August 12, 2022